If you read Jill Lepore’s recent article on Wonder Woman in The New Yorker, "The Last Amazon," it is very possible that a passage about Tufts caught your eye. On page 67 of the article, Lepore, a Tufts alum and recent honorary doctorate recipient, makes a brief mention of a curious and long since abandoned Jackson College tradition:

At Tufts, Marston and Olive Byrne conducted research together. Byrne took him to her sorority, Alpha Omicron Pi, where freshmen pledges were required to dress up like babies and attend a 'Baby Party.' Marston later described it: "The freshmen girls were led into a dark corridor where their eyes were blindfolded, and their arms were bound behind them." Then the freshmen were taken into a room where juniors and seniors compelled them to do various tasks, while sophomores hit them with long sticks. (67)[1] 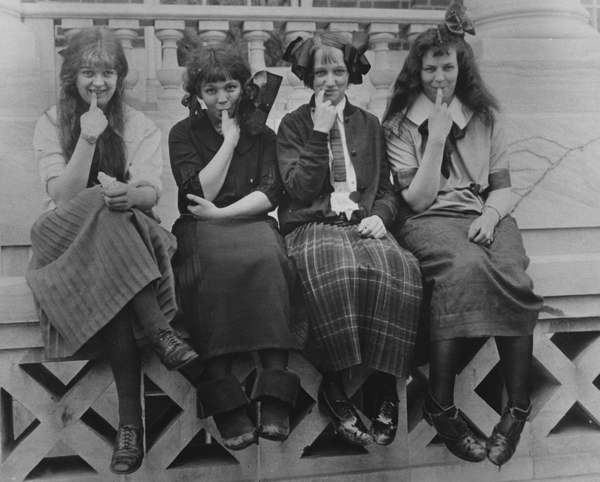 The DCA's collections, including the Melville Munro papers, contain a number of photographs of these Baby Parties, largely dating from the 1920s. But the collections don't just give us photographic evidence of these events--they provide some historical context as well. Take this passage from a manuscript in our holdings written by former Tufts History professor Russell Miller:

There has always been freshman hazing to enliven proceedings, and one of the earliest traditions was the annual "baby party," inaugurated in the fall of 1910. Such festivities were produced by the sophomores "as a suitable reward for improved conduct on the part of the freshmen." This of course followed a period of hazing of the first-year students for which the survival rate was astounding. Rule Number 1 in 1910 was not to be seen with a Tufts man. In the 1920's a grass-green button the size of a giant lollypop resided over the heart of every Jackson freshman until the Thanksgiving holidays, and woe betide the wearer who had a forgetful moment. In the fall of 1931, the green buttons gave way to green hair ribbons because of the disastrous effect on clothing. (17-18)[2] 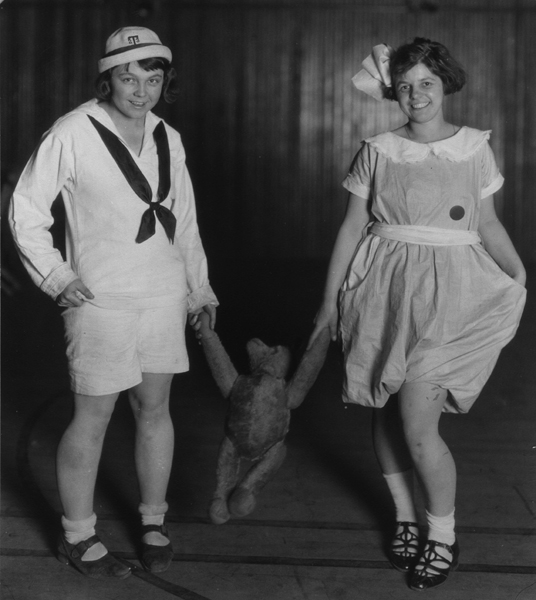 For more on Baby Parties and other interesting bits of Tufts history, stop by the DCA at any time during our open hours or check out our online collection material at the Tufts Digital Library.