Stop by the DCA display cases in Tisch Library (located near the entrance to Tower Café) and check out the new fall exhibit: Jester Hairston, A29: He and His Talents Prevailed. The exhibit, which includes photographs, correspondence, news clippings, and album covers from DCA collections including the Jester Hairston collection, commemorates the life of notable Tufts alum Jester Hairston, class of 1929.

Jester Hairston, the grandson of slaves from Bellows Creek, North Carolina, started out as an amazingly talented singer and actor in the 1920s and early 1930s. Affected by widespread racism of the time that extended into the arts, Hairston eventually also became an accomplished conductor and composer, areas relatively open to African American artists for much of the 20th century. As such, Hairston became one of a small number of African American composers whose work transformed African American spirituals into an accepted genre of choral music. He is perhaps best known as the composer of "Amen," a spiritual so "authentic" many did not realize Hairston had composed it. 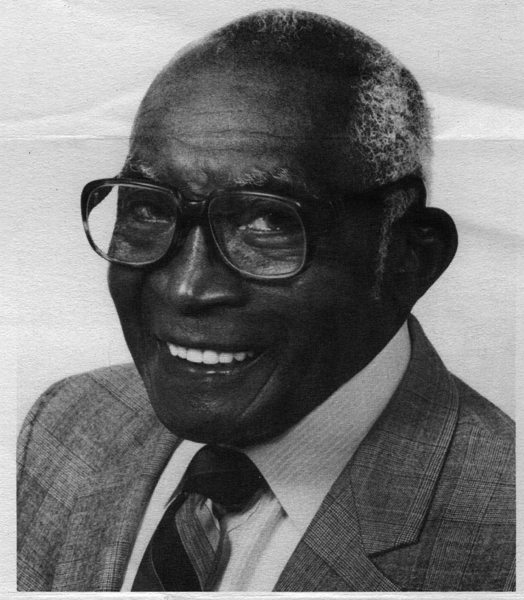 Despite the constraints of the time, Jester Hairston also had a remarkable, if sometimes overlooked, career as an actor. He first made his mark in radio, with recurring roles in the Amos ‘n’ Andy show and Bold Venture (1951-52), where he starred as King Moses alongside Humphrey Bogart and Lauren Bacall. As a television actor, Hairston was a regular on The Amos ‘n Andy Show (1951-53), That’s My Mama (1974-75), and Amen (1986-1991). Hairston also had roles (often uncredited) in over 60 films, including The Alamo (1960), To Kill a Mockingbird (1962), In the Heat of the Night (1967), Lady Sings the Blues (1972), The Bingo Long Traveling All-Stars & Motor Kings (1976), The Last Tycoon (1976), I’m Gonna Git You Sucka (1988), and Being John Malkovich (1999). Occasionally criticized for taking film and television roles that stereotyped African Americans, Hairston said, "We had a hard time fighting for dignity. We had no power. We had to take it, and because we took it, the young people today have opportunities."

Throughout the 1970s and 80s, Hairston was honored for his work across the US and was frequently invited as a guest conductor at high schools, colleges, and church choirs. He also made several goodwill State Department tours to Africa, Asia, Europe, and South America, once stating, "I will bring more love to China through American Negro folk songs than anything Kissinger can write." 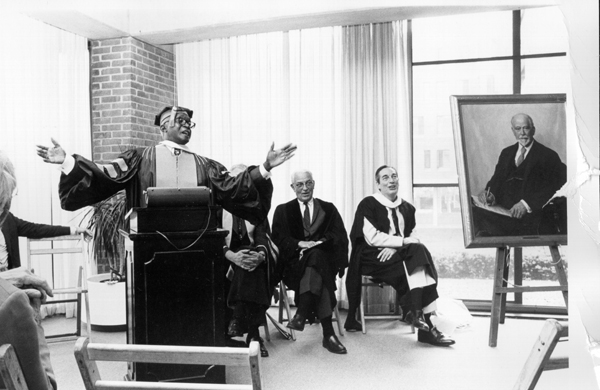 Jester Hairston at the dedicaton of Lewis Hall, 1972

For his many and varied achievements, Jester Hairston received honorary doctorates from four schools, including Tufts, and was given a star on the Hollywood Walk of Fame. He will be the subject of the upcoming documentary "Amen: The Life and Music of Jester Hairston."

This exhibit was designed and installed by Timothy Walsh, Archives and Research Assistant. It will be on display until January 2014. For more information on Jester Hairston and other notable Tufts alums, stop by the DCA on the Ground Floor of Tisch Library or check out the Concise Encyclopedia of Tufts History on the Tufts Digital Library.