It was Tufts' Commencement this weekend (congratulations, graduates!), and that seems like as good an excuse as any to make a post about... Hats!

Yes, despite all of the mortar boards, graduation has been a time where some attendees break out the fabulous headwear. There are plenty of images behind the jump. 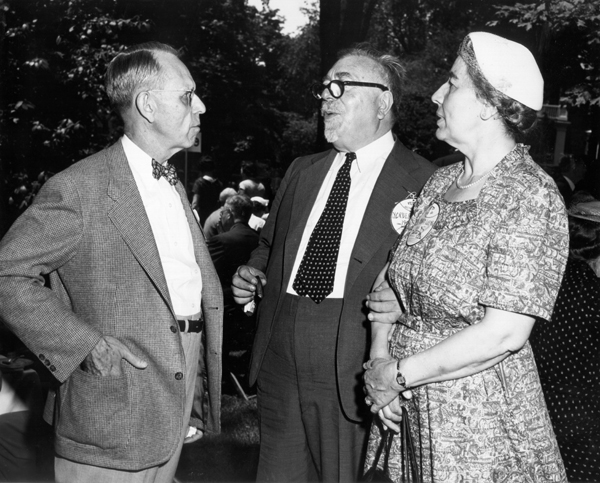 Doctor Norbert Wiener and his wife speaking to an unidentified man, June 6, 1959. Margaret Wiener is wearing a simple cocktail hat with lace trim.

I love the confidence of this. Is she a security guard? Her posture, her grin, really let her carry off that little hat. 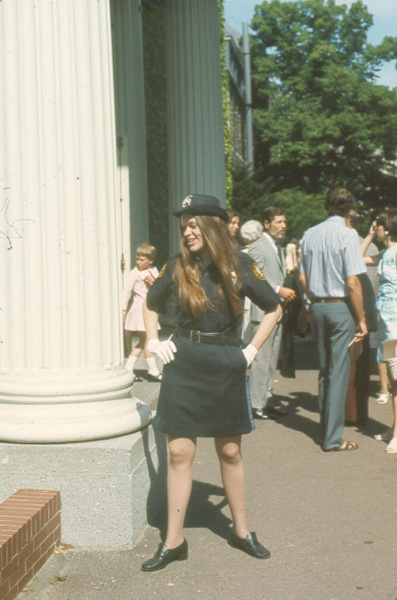 There's another fabulous hat in this wonderful image of what I will speculate is a grandmother congratulating a graduate. What do you call that kind of hat? I have one, so I should know, but alas, I do not. 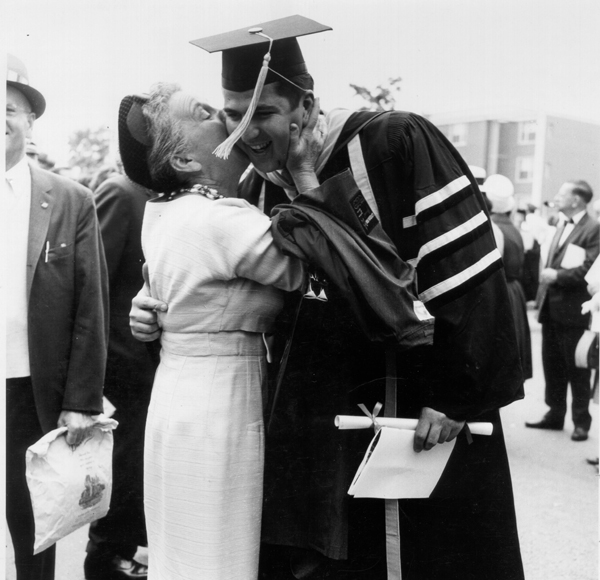 A Commencement Kiss, 1964. An elderly woman wearing a lace-trimmed cocktail cap smooches a male graduate in academic regalia and mortarboard on the cheek as he leans down, grinning, for the kiss. Other guests in hats can be seen dimly in the background of the image

No hats here per se, but I have a real weakness for some of the schmancy mortar boards. And Doctor Ione Vargus makes this one looks smashing. 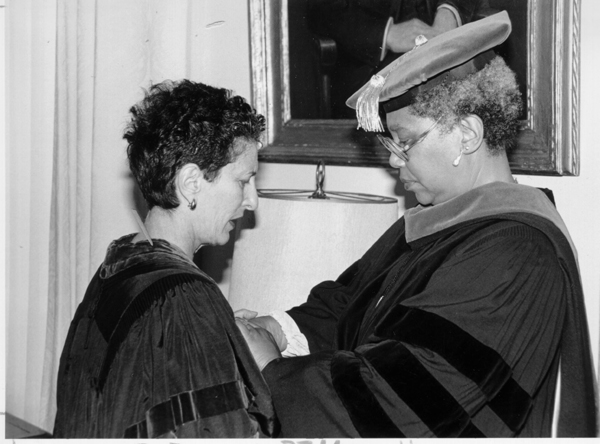 Natalie Zemon Davis and trustee Ione D. Vargus preparing for commencement, 1987. Doctor Vargus, wearing her academic regalia including a plush square tam with the tassle over the front, helped Doctor Davis fasten her own academic robes

The resolution on these two images from 1907's Here and There at Tufts is just good enough to see that both men and women are wearing the most fabulous Edwardian hats, but aside from a few straw boaters, I can't quite make any of them out. 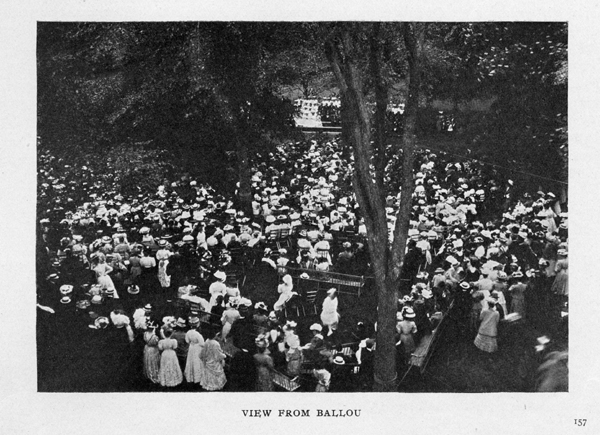 View from Ballou of the crowd at commencement, 1907. View from above of a milling crowd of men and women in Edwardian clothes, some seated, some standing, including what appears to be many hats abandoned on the ground 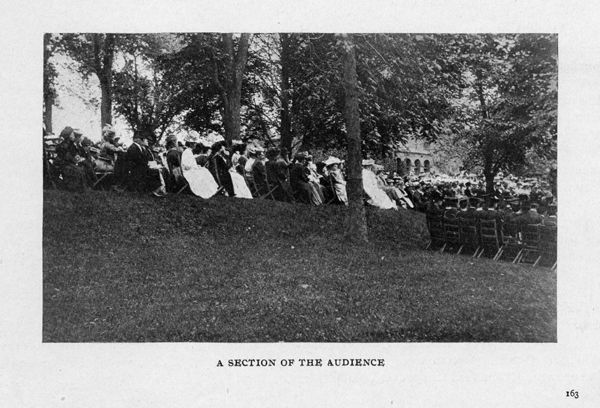 And these top hats are just lovely. 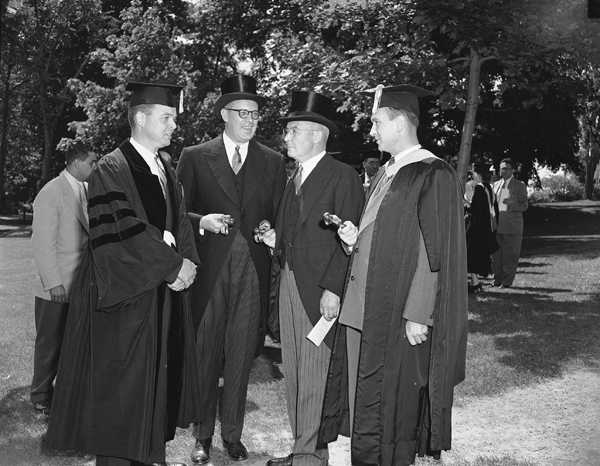