People on the Edge of the Night

There is so much going on in the world right now it's hard for me to even process. It feels a little bit like back when the Berlin Wall fell, doesn't it? People in the streets, peacefully demanding their rights. Tufts students have a history of being willing to come out to support causes they care about, and so do Medford residents.

Some of my favorite images from our collection:

Student protests and rallies are often about standing in support of others. Many of the protesters around the world today are risking lives or livelihoods to stand up for what they believe in. Our hearts are with you, wherever you are.

Some of the photographs are included with descriptions after the jump. 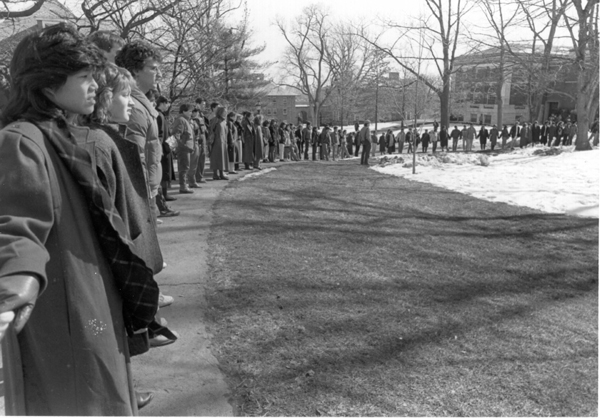 Students holding hands, standing in a circle. One woman in the foreground with a determined face 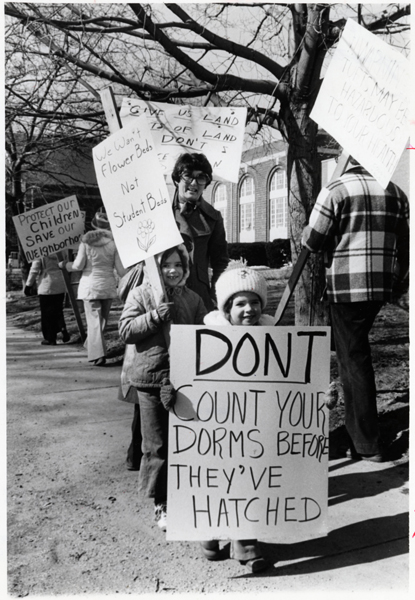 A child in the foreground holds a sign saying DON'T COUNT YOUR DORMS BEFORE THEY'VE HATCHED. An older child behind her has a sign which says WE WANT FLOWERBEDS NOT STUDENT BEDS. Behind them, a number of adults hold other signs 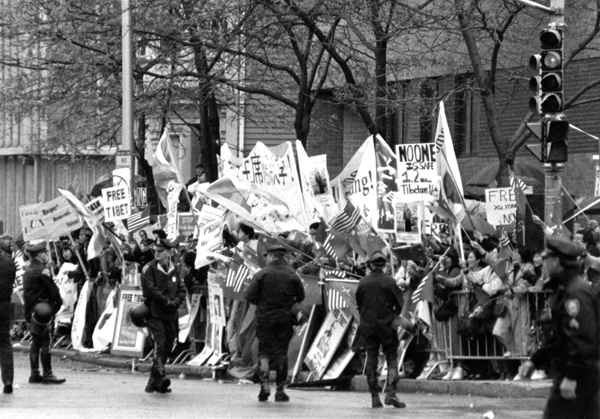 Policeman stand in front of a row of protesters waving American flags, holding FREE TIBET signs, as well as a number of other signs. The protesters are behind a barrier. 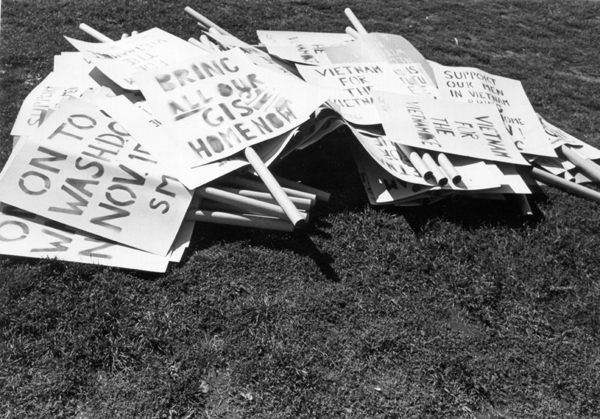 A pile of stenciled signs lie on the grass. Visible ones read BRING ALL OUR GIS HOME NOW and VIETNAM FOR THE VIETNAMESE. 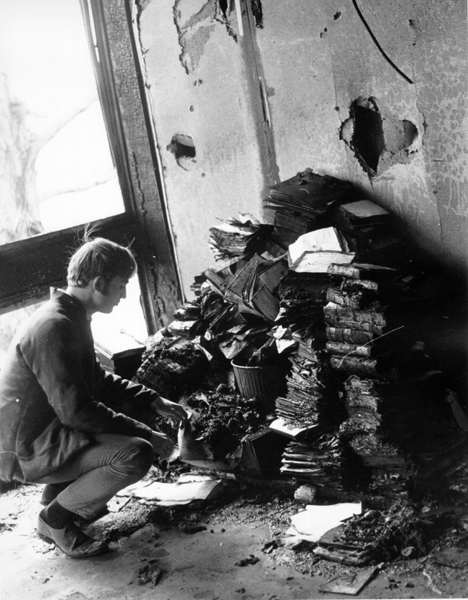 A student kneeling in front of a pile of burned, shredded books and other detritus.