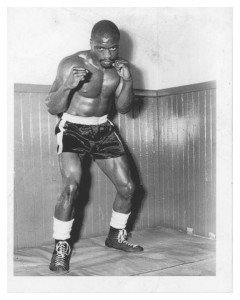 We are very pleased to announce that the Rubin “Hurricane” Carter papers are now available for research at Digital Collections and Archives.

Rubin Carter (1937-2014) was a professional boxer with a powerful punching style that earned him the nickname “Hurricane” during his bouts in the 1960s. Despite intermittent trouble with the law, he had built a promising career that was cut short in 1966, when he and his friend John Artis were arrested and charged with committing three murders at the Lafayette Bar in Paterson, New Jersey. Although there were inconsistences in testimony and conflicting evidence, Carter and Artis were found guilty and sentenced to life imprisonment. Carter’s subsequent twenty-year struggle to overturn his wrongful conviction finally ended in 1985. H. Lee Sarokin of the United States District Court in Newark overturned Carter’s conviction, writing that the convictions “were predicated upon an appeal to racism rather than reason, and concealment rather than disclosure.”[1]

After his release from prison, Carter moved to Toronto, Canada, and served as the Executive Director of the Association in Defense of the Wrongly Convicted from 1993-2004. He also worked with the Innocence Project to exonerate the wrongfully convicted, and founded Innocence International in 2004. Carter donated his personal papers, documenting his career as a legal rights advocate, to Tufts University Digital Collections and Archives in 2014. They have recently been processed and made available for research. (For more detail, please see the finding aid available in the Tufts Digital Library.) 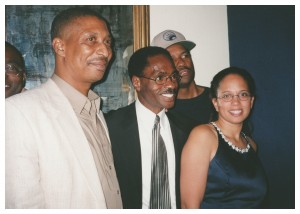 Carter’s story is probably best known in popular culture from the 1975 Bob Dylan song “Hurricane” and the 1999 film The Hurricane, starring Denzel Washington. But his papers reveal the man in much greater depth than a song or a movie allow. The Carter papers include many of his notes and writings from his time in prison in the 1970s and 1980s, and show a man seeking wisdom in a seemingly meaningless and futile situation. Later, in his book Eye of the Hurricane: My Path from Darkness to Freedom (2011), Carter wrote “For me, and I know this must seem ironic, prison was the one environment that allowed me to recapture the pure joy of being alive moment to moment. My survival depended on it. Otherwise, I would have perished of despair.” [2]

The papers also bear witness to Carter’s mission to bring this hope to other wrongfully convicted prisoners. His correspondence, court case documents, and subject files all show him working on behalf of these prisoners, many of whom were later exonerated. His generosity is evident – in letters to old friends who needed a loan and to a student he never met but whose education he helped to fund. While much of the collection deals with very serious and occasionally heartbreaking subject matter, it also records Carter’s triumphs and joys. 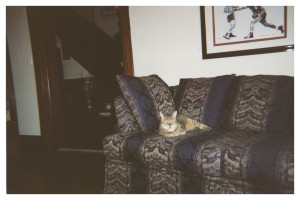 As a boxer, Carter was known for his ferocity and his preferred emblem was a panther, which he admired for its speed; later, living in Toronto, he had a beloved housecat named Phoenix. [3] Carter wrote that Phoenix was “a downtown city cat, a big tabby. The uptown cats kept their distance, but they soon warmed up when they learned that Phoenix was as beautiful on the inside as he was on the outside.” [4] When Carter’s house burned down in an electrical fire in 2004 while he was on vacation in Jamaica, Phoenix escaped to the basement. The fire left its mark on Carter’s papers, however, as smoke damage. An attempt at remediation left the papers smelling strongly of deodorizing crystals. Carter’s original file folders were too damaged to keep and were replaced with archival folders, although the original titles (where they existed) were transferred to the new folders so that Carter’s intellectual organization of the materials remains intact. 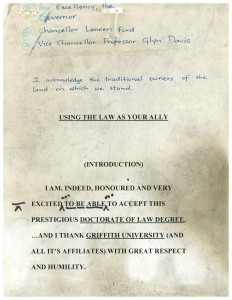 Certain folders, especially in the subject files, therefore have occasionally surprising contents. The folder “FBI files – incomplete” includes one of my favorite letters, Carter’s reply to a correspondent asking for his favorite recipe. Among folders about Carter’s resignation from the Association in Defense of the Wrongly Convicted is the folder “Wheels,” which contains torn-out pages from a magazine featuring some very nice (you guessed it) wheels. It is items like these that provide a more personal context from within which to view Carter’s life and work. The collection includes business and financial records, clippings and programs, correspondence, notes, writings, and speeches, subject files, court cases, photographs, and numerous awards and honors. It will be a valuable resource for those studying racism in the United States, social justice movements, and legal and prison reform. The collection also offers great insight into Carter himself, whose career bore out his philosophy: “What happens to us in life is less important than what we do with what happens to us.” [5]

[2] Rubin Carter and Ken Klonsky, Eye of the Hurricane: My Path from Darkness to Freedom (Chicago: Lawrence Hill Books, 2011), 3.