Cover of an issue of the Crisis Magazine

Tufts Digital Collections and Archives is excited to announce the availability of a new collection of The Crisis Magazine. The collection was donated in September of 2018 and includes a large selection of issues from The Crisis Magazine, dating from December 1929 to May/June 2002. The Crisis is a publication focused on African American civil rights, history, politics, and culture, and whose mission has been to pursue "the world-old dream of human brotherhood" by bearing witness to "the danger of race prejudice" and reporting on "the great problem of inter-racial relations."[1] 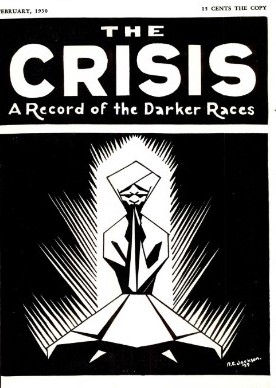 The Crisis was founded in 1910 by W.E.B. Du Bois as the official publication of the National Association for the Advancement of Colored People (NAACP) one year after the organization’s founding. The magazine was able to amass national appeal, establishing a monthly circulation of 100,000 copies by 1919. With its newfound success and popularity, the magazine set itself up as arguably the most widely read and influential periodical about race and social injustice in U.S. history.[2] As a platform for the NAACP’s views and agenda, the magazine acted as a corrective force in the publishing field when it came to African American representation in the media. Therefore, much of the published content depicts both uplifting accounts of achievements by African Americans and uncensored reports of racial discrimination and violence. The early 1920s marked the pinnacle of popularity for The Crisis, and they covered almost every part of life for African Americans, addressing such topics as women's suffrage, education, children, labor, homes, vacations, and the war.[3] The magazine’s advertisements are just as interesting, as they promoted opportunities for education, real estate, and jobs for the African American community.[4] The Crisis took a prominent role in advocating African Americans in the arts as well. With the help of The Crisis’ literary editor Jessie Redmon Fauset, whose influence became the driving force behind the magazine’s success, The Crisis supported writers of the Harlem Renaissance and facilitated the starts of several black authors’ careers, including Arna Bontemps, Langston Hughes, Georgia Douglas Johnson, and Countee Cullen, just to name a few.[5] 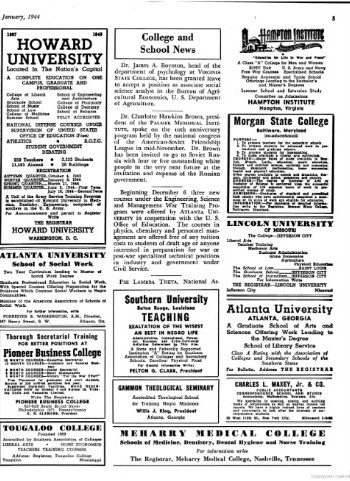 The Crisis remained a publishing force in the African American community for the rest of the century, and as of 2019 continues to publish. Our collection includes 359 issues of The Crisis that contain numerous editorials pertaining to the African American experience, ranging chronologically from the Great Depression all the way to the beginning of the 21st century. Notable issues in the collection include pieces about African American soldiers in World War II, and extensive coverage of the Civil Rights Movement in the 1960s. The collection also contains other fascinating materials from the NAACP such as the NAACP Criminal Justice Manual, Annual Conference materials, documents from the Daughters of the Eastern Star, and more. 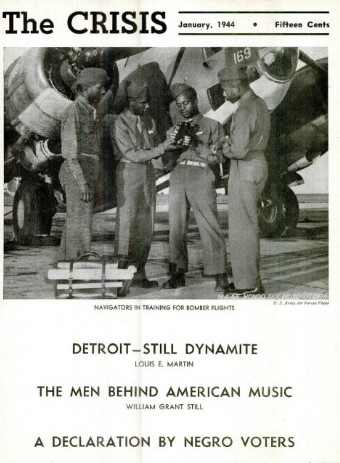 For more information about this collection, please see the finding aid. If you have any further questions, please feel free to contact us at archives@tuft.edu or 617-627-3737.