The Records of CHEJ: A Rich History of the Environmental Movement

By Dan Bullman and Rose Oliveira

Lois Gibbs founded The Center for Health, Environment, and Justice (CHEJ) as the Citizens Clearinghouse for Hazardous Wastes (CCHW) in 1981. Though it began as an information clearinghouse for environmental health issues, its scope has since expanded into other avenues of support and activism within the environmental movement. CHEJ’s organizational archives are held here at Tufts Digital Collections and Archives, and our staff has spent the better part of 2015 processing 339 cubic feet of newly acquired material to make it available to the public. This material includes community newsletters, administrative files from the staff and the board, community reports, special projects files, audiovisual materials, and photographs. 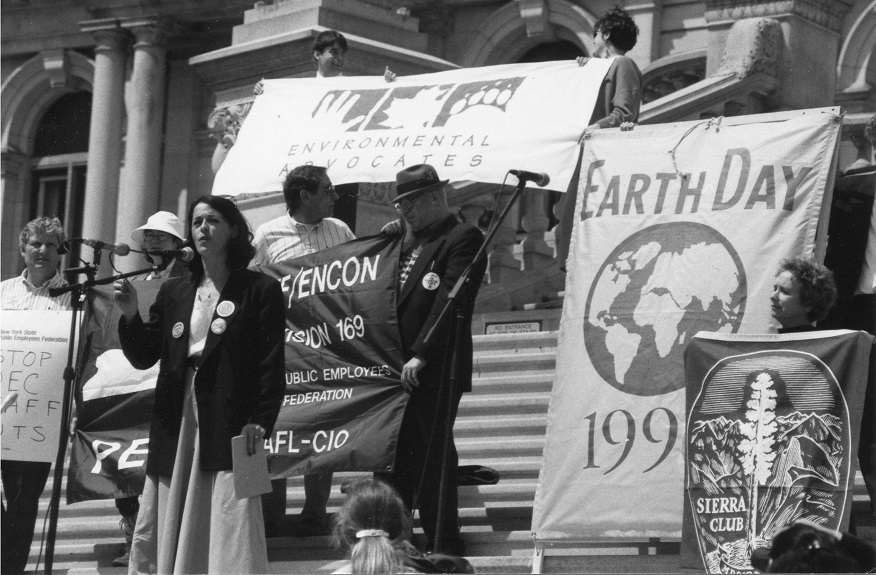 The collection documents CHEJ’s efforts to support over 15,000 groups across the country that fight for healthy communities.[1] CHEJ empowers grassroots community groups to address public health threats and create change in their communities by providing organizational and training assistance to activists, offering scientific and technical services, lobbying for action to prevent or correct injustices, and gathering and producing information resources. The collection captures these efforts in a variety of media and documents the battles of the environmental movement. 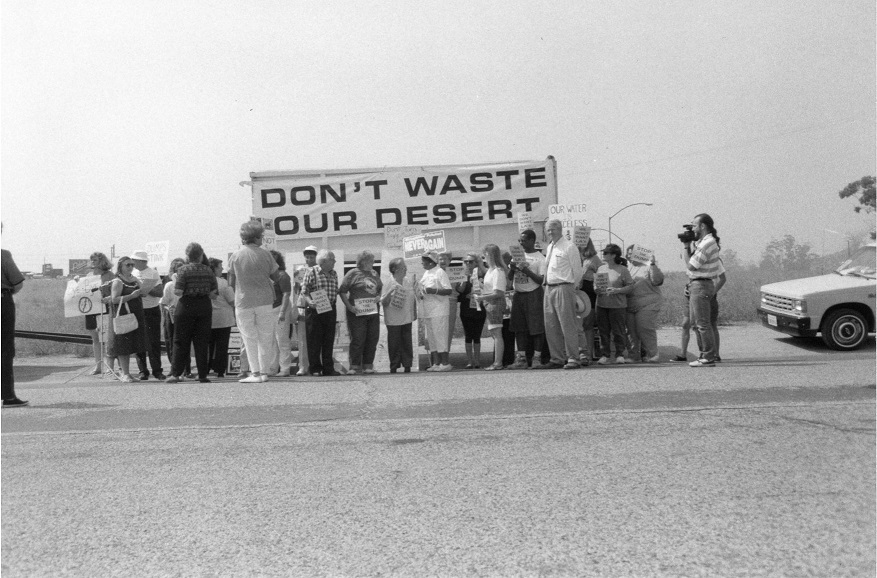 The Special Projects series specifically documents some of the national campaigns that weave together concerned communities and environmental groups on a particular issue. Special projects files capture the research collected, materials created, and the organizational efforts to support these actions. Many significant campaigns regarding school siting, polychlorinated biphenyl (PCB), polyvinyl chloride (PVC), and incineration can be found in this series. One example of the many projects CHEJ was involved with is the “Stop Dioxin Exposure Campaign,” which was a significant, long-term media awareness campaign focused on dioxin, the common name for a group of persistent toxic chemicals.[2] The campaign began in 1995, after the EPA released its first reassessment report on dioxin, to raise public awareness about the dangers of this hazardous chemical. Key elements of the campaign were to stop all forms of incineration, expose and challenge the targeted placement of dioxin in communities of low income and people of color, and promote safe alternative jobs, products, and technologies.[3] 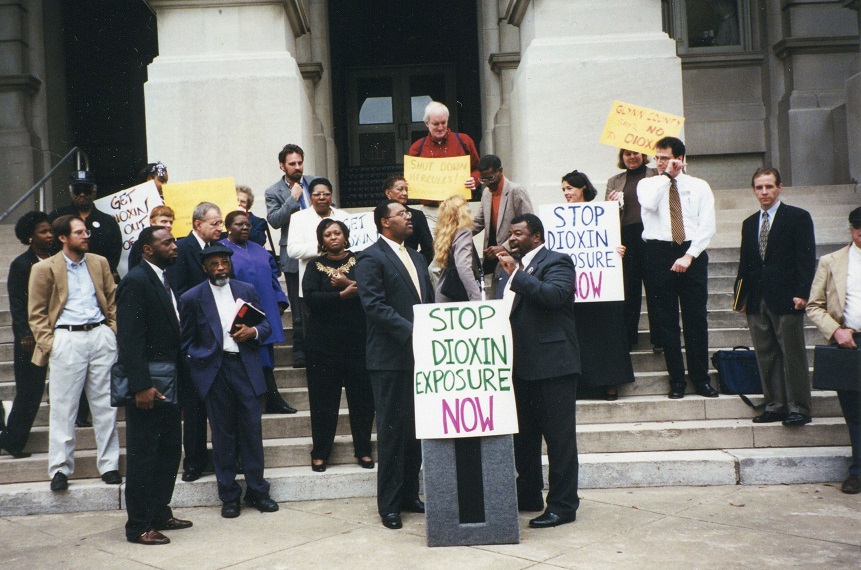 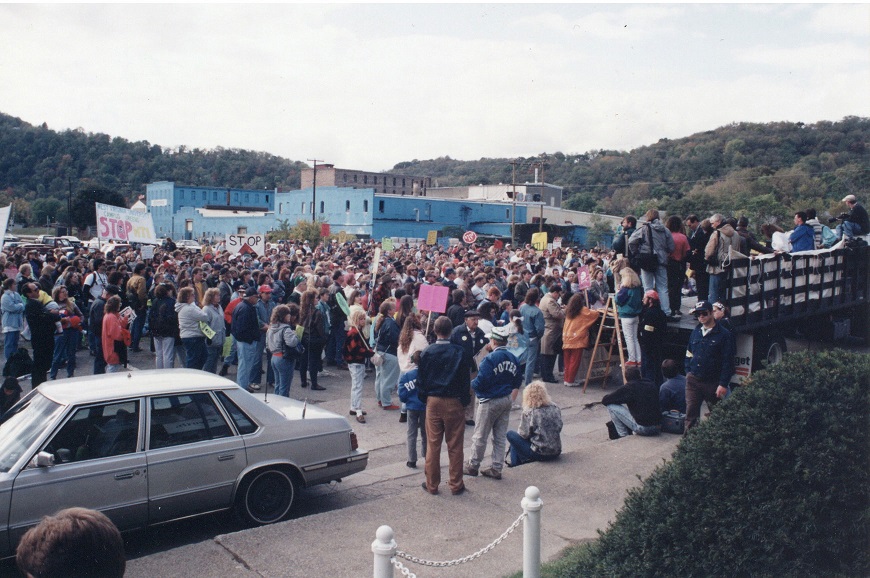 Many of CHEJ’s special projects and other activist efforts are visually documented in the photographs series of the collection. This series provides a visual history of the rich fabric of environmental activism in the United States and abroad since the Love Canal disaster of the late 1970s. The photographs included in this post are only a small fraction of the prints, negatives, slides, contact sheets, and digital images that exist in the collection. 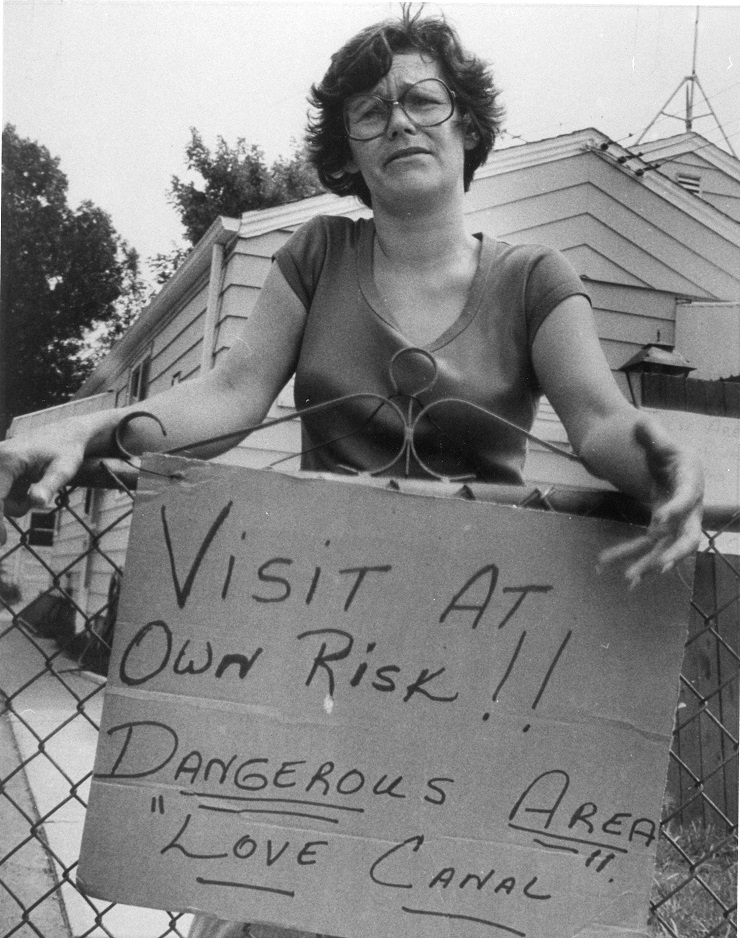 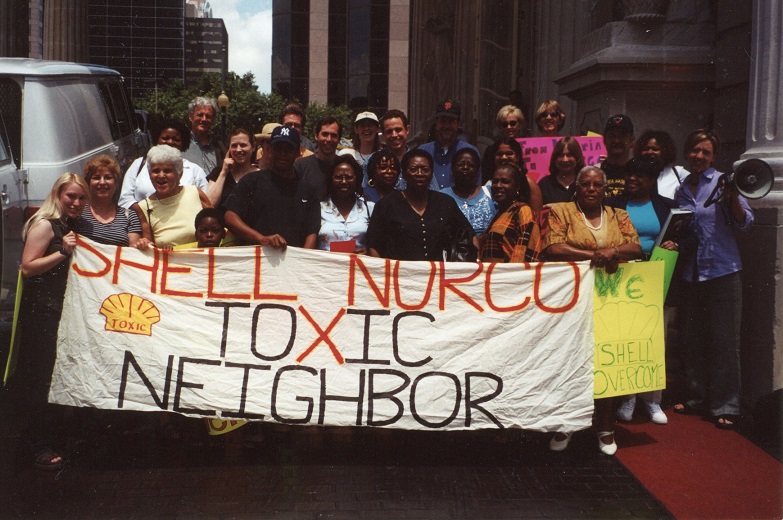 Processing for this collection is complete, and an updated finding aid is now available. For more information on accessing this collection, please contact DCA at archives@tufts.edu or 617-627-3737.