The Trouble with Subject Headings

A recent conversion in the DCA office reminded me of the often problematic nature of subject headings. A casual employee noted that images in the Digital Library use the term "Blacks" as the approved subject term. She was curious as to why. Alas, it is a complicated issue. For one, it is an approved term used by the Library of Congress under the following criteria:

"African-American" is also an approved term, but so is "Afro-American." But how does a cataloger know if the subject of a picture taken thirty years ago identified as being of African decent? Maybe they were an exchange student and not American at all? On the one hand, a cataloger might be tempted to say, "Why catalog race at all? The pictures of white students don't have 'Whites' listed as subject heading, just 'People.'" Yet then we run the risk of further hiding the presence of minorities in our collections. It's a conundrum for which I claim no answers, but just the comment that we in the information professions do our best to balance issues of access and find-ability with sensitivity to our subjects and communities, realizing that the choices we made do influence the historical record.

For more information on one of the pioneers of Subject Heading reform, check out the work of Sanford Berman.

And here are a few examples from the Tufts Digital Library that are cataloged with "Blacks" as a subject heading. 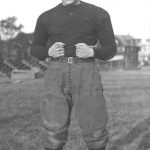 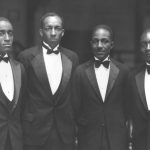