Okay, so it's actually the World Peace Foundation (WPF) that is returning to Tufts, to the Fletcher School to be precise. But the WPF has a long history with Tufts, and DCA has the records to prove it!

For one thing, the WPF--which was originally called the International School of Peace--was founded by Edwin Ginn, Tufts graduate of 1862. After college, Ginn opened a small book agency in Boston which grew into a textbook publishing house Ginn and Company. Ginn was know for his philanthropies and worked to address housing issues for the poor in Boston, but his most enduring legacy is the World Peace Foundation and his calls for peace, disarmament, and international arbitration. 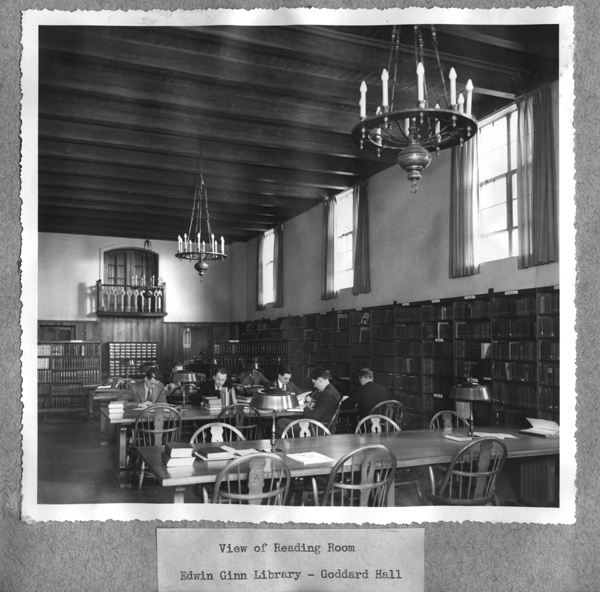 Though many peace organizations already existed in the early 20th century, most of them concentrated their efforts on theory and ideology. The WPF, conversely, was founded with the express purpose of educating and mobilizing public opinion towards the cause of peace. Early trustees of the foundation included Edwin Mead, founder of The New England Magazine; Sarah L. Arnold, dean of Simmons College; A. Lawrence Lowell, president of Harvard University; and Joseph Swain, president of Swarthmore College.

The Foundation focused on pamphlets as the most efficacious way of reaching large numbers of people. Ginn was also a proponent of networking with peace organizations in other areas. In the years prior to the First World War, the Foundation sent lobbyists to Washington and advocates to school, church, and society groups. Mead spoke extensively in Japan and Europe.

The Foundation’s efforts ground virtually to a standstill with the beginning of World War I as its disillusioned members sought a new direction for their efforts. With the refusal of the United States to ratify the Treaty of Versailles after the war, the Foundation became the exclusive American distributors of literature for the League of Nations and the International Labor Organization, both of which the U.S. refused to join. The Foundation sponsored studies of the Soviet Union, Latin America, and China, and published pamphlets on Nazism and colonialism. Two of its books, Haiti Under American Control, by Arthur C. Milspaugh, and The United States in the Caribbean, by Dana Gardner Munro, were instrumental in changing American policy towards the Caribbean.

In the years leading up to World War II, the Foundation opposed isolationist policies. It advocated military preparedness for the United States and sought economic sanctions against Germany and Japan. After the war the director of the Foundation, Leland Goodrich, focused its work on the reorganization of Europe. Goodrich sat on the San Francisco Council, which created the United Nations.

In recent years the World Peace Foundation has sponsored studies on a variety of topics. It produced several studies of the Soviet Union, and of the Caribbean and Latin America. In the 1980s, the Foundation shifted its attention to Africa, particularly with regard to how the United States should respond to Apartheid in South Africa. It also studied the effects of independence on various African countries, as well as Soviet interests in the area. Today, the World Peace Foundation concentrates its efforts on utilizing the
media to influence and improve foreign policy, and since 1993, the Foundation has examined the causes and cures of intrastate conflict. Thus, the Foundation is active in and studies the problems of Cyprus, the Sudan and Sri Lanka, and has worked in and studied the prospects for democracy in Burma and Haiti. It has sponsored research on the role of non-governmental organizations in preventing conflict in ethnically divided societies. It is engaged in feasibility studies regarding the reduction of conflict in Africa by the creation of African crisis response forces. It has analyzed the use of preventive diplomacy in resolving ethnic and other intercommunal conflicts. Its work on truth commissions demonstrates how that method of post-conflict justice seeking can help prevent future internal conflicts.