The Cultural Survival Records at Digital Collections and Archives (DCA) provide a comprehensive view of the founding, expansion, and success of the global indigenous advocacy organization: Cultural Survival.

Cultural Survival is a non-profit organization that is dedicated to promoting the human and political rights of indigenous peoples worldwide. This organization was founded in Cambridge, MA in 1972 and has since developed a global network of advocates, scholars, and educators. The organization’s many successes include the United Nations 1992 Declaration on the Rights of Indigenous Peoples, which Cultural Survival continues to defend to this day. They were also instrumental in the UN establishing August 9th as the International Day of the World’s Indigenous Peoples in 1993.

The Cultural Survival collection includes many of the organization’s records from its founding in 1972 through 2012. This includes project files, correspondence, administrative and financial records, publications, audio tapes, video tapes, curricula, photographs, slides, and promotional materials created by Cultural Survival.

Cultural Survival was founded by David and Pia Maybury-Lewis, Evon Zartman Vogt, and Orlando Patterson, a group of sociologists and an anthropologist interested in promoting the rights and rich cultures of indigenous peoples. Their advocacy and outreach projects to attain these goals included publishing the Cultural Survival Quarterly Magazine (formerly newsletter), which is still releasing new issues to this day. This magazine focuses on uplifting indigenous voices and spotlighting indigenous issues. Magazine issues available at Tufts DCA span from 1976 to 2012 and also include documentation of many issues’ creation.

Another staple of Cultural Survival is the Bazaar trade festivals, designed to give indigenous artists and artisans a platform to share and sell their work. This event also serves as fundraising event where awareness can be brought to various indigenous issues. The Bazaar’s were one of the early initiatives of Cultural Survival and continues today, generating over $4.6 million for indigenous artists according to the organization’s website.

In 1989, Cultural Survival Enterprises, a non-profit trading division of the organization, was created to develop and market products to generate income for Indigenous people to fund the protection of their lands and traditions, specifically in the rainforest regions. The most memorable of these products was the “Rainforest Crunch” flavor of Ben & Jerry’s ice cream. This branch of Cultural Survival was phased out in the 1990s due to external criticism and debts. However, the 1990s also saw the expansion of Cultural Survival’s education outreach program. The organization developed curricula about indigenous peoples and ethnic minorities that was then tested in classrooms in New England and taught by indigenous persons to communities around the country. 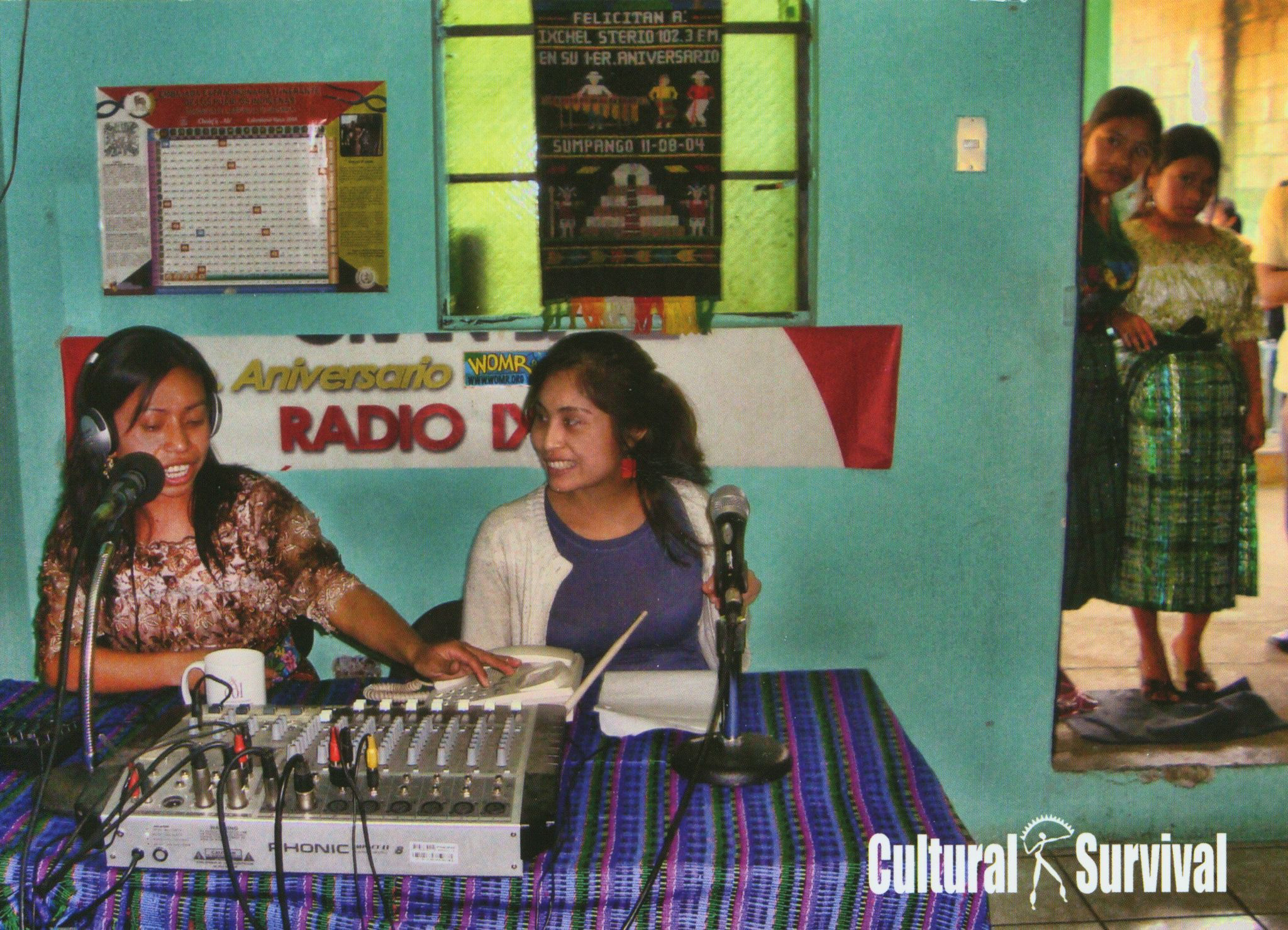 One of the most robust aspects of the Cultural Survival Records Collection at DCA is the video collection. The video library covers documentaries created by the organization about various global indigenous issues from 1985 to 2011. It is a collection of powerful stories working to bring awareness and educate audiences on the rich culture and vital rights of indigenous communities around the world. This multimedia approach to advocacy continues today with the Cultural Survival's podcast and Indigenous Rights Radio. The organization also has a YouTube channel featuring interviews and lectures given by indigenous advocates and educators.

Some materials in this collection may be restricted due to legal or privacy concerns. In addition, rights issue to the images may be complicated in an attempt to maintain cultural sensitivity. Mark Camp, Deputy Executive Director of Cultural Survival, notes: “As an Indigenous rights issue, Cultural Survival now, in most cases, considers it a best practice to obtain permission from the subject of the photo in addition to that of the photographer. Also, some cultures have strong taboos and prohibitions against reproducing images of deceased persons. In some cases, recent international agreements govern the use of such images.” Permission to publish images from the collection must be requested from Cultural Survival.

We at DCA recognize that the materials in this collection are created by and/or represent marginalized groups of people. It is our responsibility not only to describe those people and organizations accurately and respectfully, but to do so in a way that is not harmful or offensive. As part of this work, DCA staff are dedicated to considering and balancing archival standards, preservation of original context, and an awareness of the importance of language and its effect on users of our materials and those represented within our collections. Some of the language choices present within the records of this collection may not fit with the current approaches for respectful, inclusive language as understood by DCA, however that language is maintained within the records in order to maintain transparency and context[SD7] . We recognize that we may not always make the right decision and welcome feedback so that we can learn and refine our practices. More information about our policies regarding potentially harmful language in archival description can be found here.

Cultural Survival is still an active, indigenous-led organization whose website you can find here: https://www.culturalsurvival.org/.